If you have a court case that is being held at the Treutlen State Court in Soperton, Georgia, you want to make certain you have the right representation with you. Whether you have been charged with a traffic ticket or a DUI, it is important to state your case in court and present your side of the argument. The team here at the Kunes Law Office is ready to stand by your side and do everything possible to get your charges reduced or dismissed.

The Treutlen State Court is located in Soperton, Georgia, at 639 Second Street. The court handles a number of cases for Soperton and the surrounding areas, including traffic violations, DUIs, and other cases. If you have a traffic violation that is being processed through the Treutlen State Court, you do have the option of paying your fine online. However, doing so does not mean that the ticket disappears or that you are not guilty. Paying your fine without contesting the ticket means you plead no contest to the violation. It tells the court that you accept the speeding ticket and the accusation of breaking the law that comes with it. In short, it is very similar to going to court and pleading guilty.

This means the ticket becomes a part of your court record. It can be used by your insurance, your employer, and others as proof that you have a history of traffic violations. If you have several tickets that you have not contested, you may find your driver’s license is suspended, especially if those tickets are for reckless driving. Your auto insurance company can also use these tickets as a reason to remove any safe driving discount form your policy, causing your premiums to increase.

Georgia has a unique law that went into effect in 2010. This law created a category of speeding ticket commonly referred to as super speeders. It creates a new category of misdemeanor traffic violations for anyone who is driving over 75 mph on a two-lane road or over 85 on any road. If you are charged with a super speeder violation, you will be automatically fined $200 in addition to any other fine you are charged with. Because other states do not have super speeder laws, one of these violations is often considered equivalent to reckless driving. This type of charge has a greater impact on a driving record and insurance premiums.

A DUI charge also carries very stiff penalties. It can result in your license being suspended temporarily or, if you have several DUIs, permanently. The fines are also higher. Contesting your DUI, then, definitely requires you to have a legal expert on your side. You do not want to leave anything to chance with a charge of this magnitude. If you have been charged with a DUI, a super speeder ticket, or any sort of traffic violation in Georgia that will be heard at the Treutlen State Court, we can help. Call the Kunes Law Office today at 229-382-4900 today. 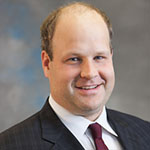